Nick Capaldi – a UK singer/songwriter whose debut single ‘In My Shoes’ hit No.1 on the Amazon Hot New Release list within a week of release and remained in the Top 20 Best Selling New Releases for five weeks.  With Radio 2’s Bob Harris a big fan and a track from his debut EP making a highly acclaimed appearance on the MOJO ‘Songs In The Key of Paul McCartney’ album, it’s fair to say that Nick Capaldi is one of the UK’s hottest rising musicians. In the 2000’s, his band EmphaSiS played covers along with his fast expanding repertoire of originals. They won Wessex FMs Battle of the bands and Weymouth Pavilions Best Local Band award. The band played countless shows locally and in the promised land of London until they dissolved in 2010.

After a short break, Nick started making music again with friends Steve Balsamo (The Storys/Lead role in Jesus Christ Superstar) and Tim Hamill at Tim’s studio in Swansea Wales. The sessions produced four quirky rock pop songs that were released on an EP called ‘The Golden Summer’. Tracks from this were played on BBC Radio 2 by Whispering Bob Harris who also wrote the sleeve notes for the EP. Nick was invited into Radio 2 to perform a session for Bob Harris’s weekend show.

Nick then met Brad Pemberton who was the drummer in one of Nick’s favourite groups Ryan Adams and The Cardinals. Brad loved Nick’s songwriting and suggested doing some recording together in Nashville at Brendan Bensons studio. Benson (Raconteurs) produced and sung backing vocals on what was to be released as ‘Lovers Leap EP’ which also featured Jon Graboff (Cardinals) and Reno Bo (The Mooney Suzuki).

2017 saw Capaldi self-producing his next album ‘Neon Heart’ as well as playing most of the instruments. 2020 saw the release of another self-produced album ‘Tatty Hally and the Lost Magic’. This time Nick took on mixing/mastering duties as well. The album was released on 180g Gatefold Vinyl.

In 2020 Nick entered the famous Abbey Road Studio 2 where four brand new songs were recorded for the EP ‘More Life Than You Can Shake A Stick At’ February 2021 on 10″ Gold Vinyl. Fresh from headlining The Raising Spirit Festival, Nick is playing at more local festivals and venues promising a successful 2021.

To order your copy visit the online store at www.grinningdogrecords.com

This limited edition run of 250 copies are hand numbered and presented on stunning 10″ Gold Vinyl.  And…here’s something else you might find interesting – There are some differences to the mixes compared to the digital release which is the result of a happy accident, making these even more collectable. See if you can spot them.

Attention all! The much awaited Abbey Road EP is FINALLY available for digital download so follow the magical links below and add rhythm to your lockdown. Currently, it’s live on iTunes & Apple music but shall be available on Spotify & other platforms soon, plus the GOLD VINYL is arriving at Grinning Dog Records this week so keep an eye on my social media for purchase details (and give Grinning Dog Records a like as well!)

Thank you for all your support & stay safe

iTunes: Check it out here!

Apple Music: Check it out here!

Spotify: Check it out here!

Amazon: Check it out here!

Nick, along with some great friends recently spent some time in London’s Abbey Road Studios to record four brand new original songs.  The EP is titled ‘More Life Than You Can Shake A Stick At’ and will be released February 8th 2020 digitally and on gold 10″ vinyl. 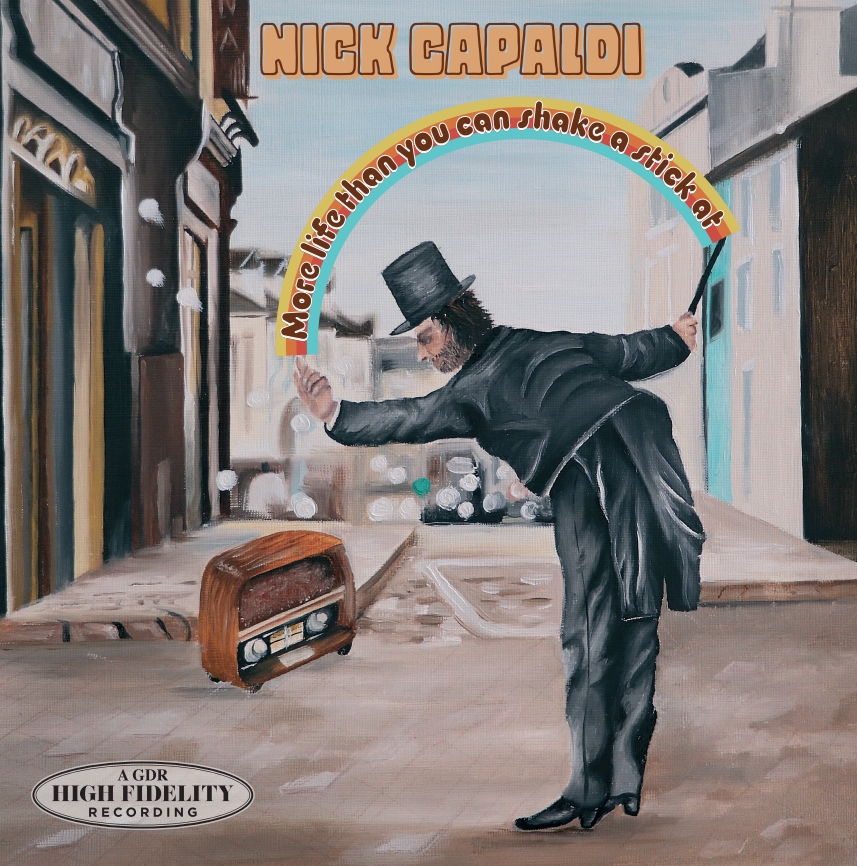 A single taken from this is available now.  The song is called ‘Hokey Pokey’ Upon it’s release Nick discovered that not only is there a Children’s song called Hokey Pokey but that it is a name for a satanic ritual!  “I had no idea about this until I googled to check that the digital release was live.  I thought the older song was called Hokey Cokey and there is one, but I found out the tradition song is spelt like mine.  Then I read that it has something to do with a satanic ritual!  That worried me a bit.  My song is far from anything as dark as that.  I actually based it on a story I was told earlier this year when I was in Germany buying a vintage tape machine for the studio.  The Engineer who looked after the machine told me his friend met a lady on holiday he called Hokey Pokey who he thought he was doing pretty well with.  But when he returned home from holiday he wrote a couple of letters to her but never heard anything back.  I liked the name so wrote it on my phone thinking it would make a good story for a song”

Get it on iTunes here or stream on Spotify here 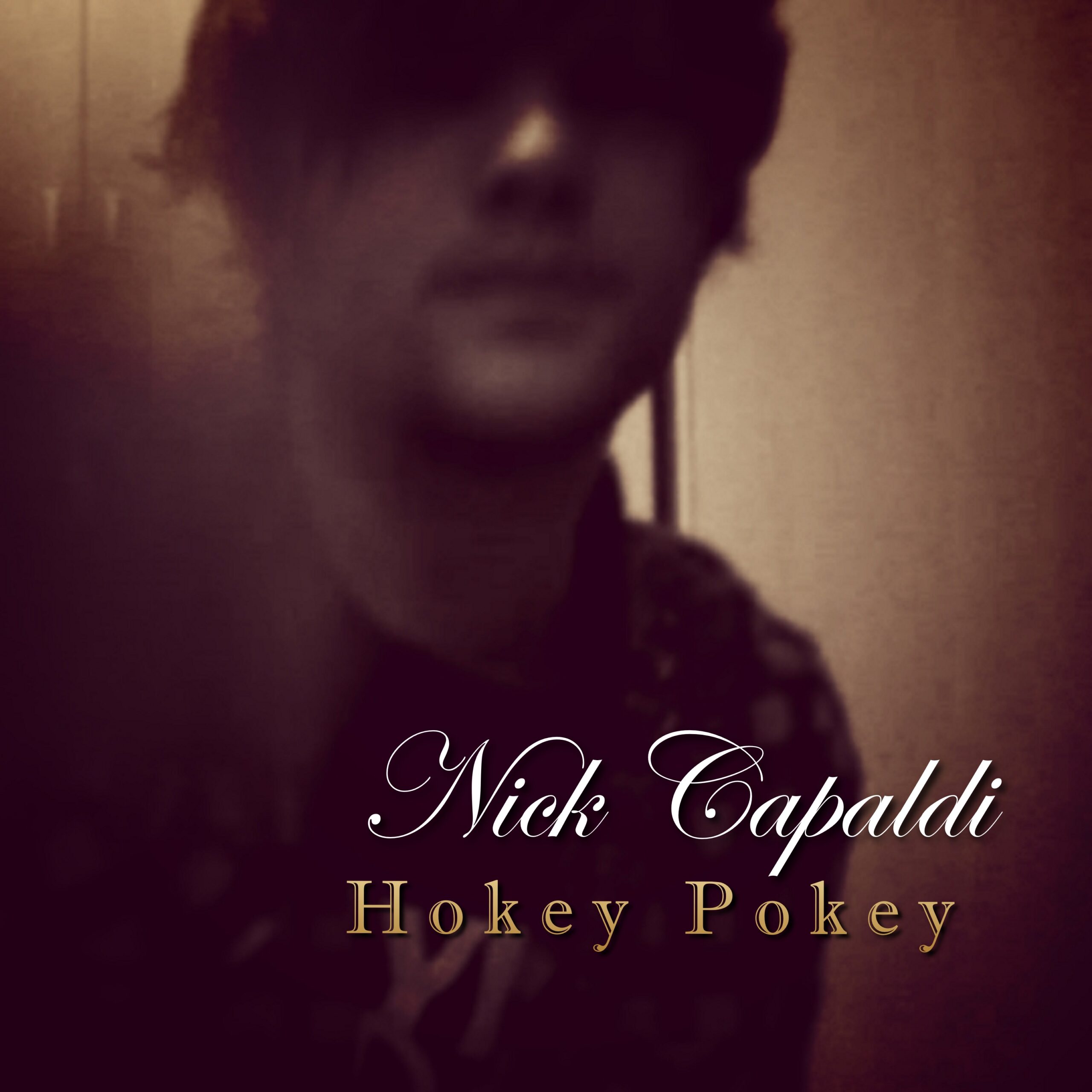 With no gigging allowed during lockdown, Nick’s been busy getting creative and hosting virtual ‘gigs’ from inside his home bar. He’s taught himself a vast range of new song covers as well as singing his own and old favourites, come check them out here!

As a big thank you from us at grinning dog records we would like to show our appreciation to the key workers who are out there keeping us safe, delivering parcels/food, providing support, working on water waste, roads, shop workers and chemists. We salute you!  If you would like a free CD then please send us an email at info@grinningdogrecords.com

We would love to hear from you and thank you personally.

Kindest regards and love to you all, stay safe

Everyone at grinning dog records x

Tatty Hally and the Lost Magic is now available on gorgeous weighty 180g Vinyl! Get yours right here.  Or if you’d prefer it on CD then you should go here.

The feedback from this album has been amazing. Some saying it’s the best new album they have heard in a long while.  The album was Nick’s second on Production duties so expect a bit of ‘Neon Heart’ vibe but with a slightly darker tone.

It kicks off with the 80 heavy rock stomper ‘I’m gonna rock, I’m gonna roll’.  Along the journey is the Cure-esc ‘You do bad to me’.  There are stories of Dorset villages, a mermaid, a fictional hero, smugglers, and a little bit of heart tugging.

We hope you love the album, however you listen to it. 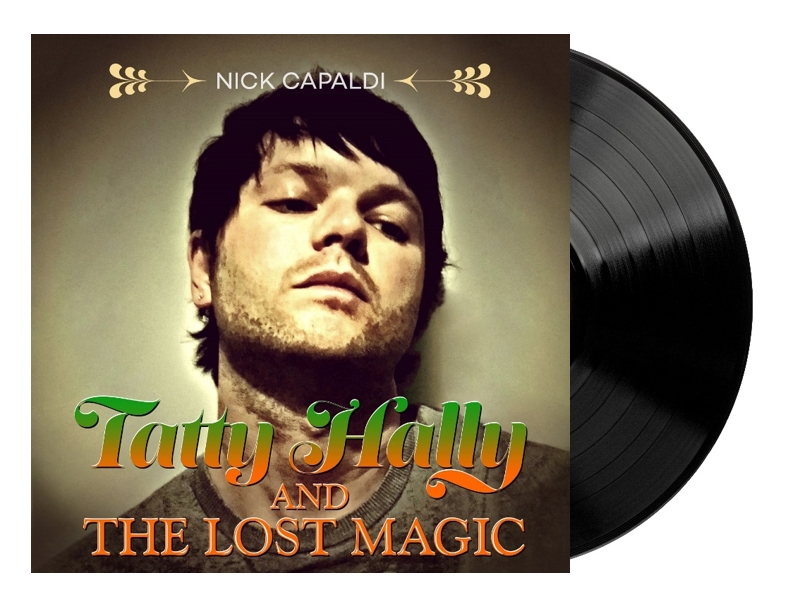 The CD is available now at many outlets including HMV, Amazon, Google Play, iTunes.

BACK TO HOME PAGE